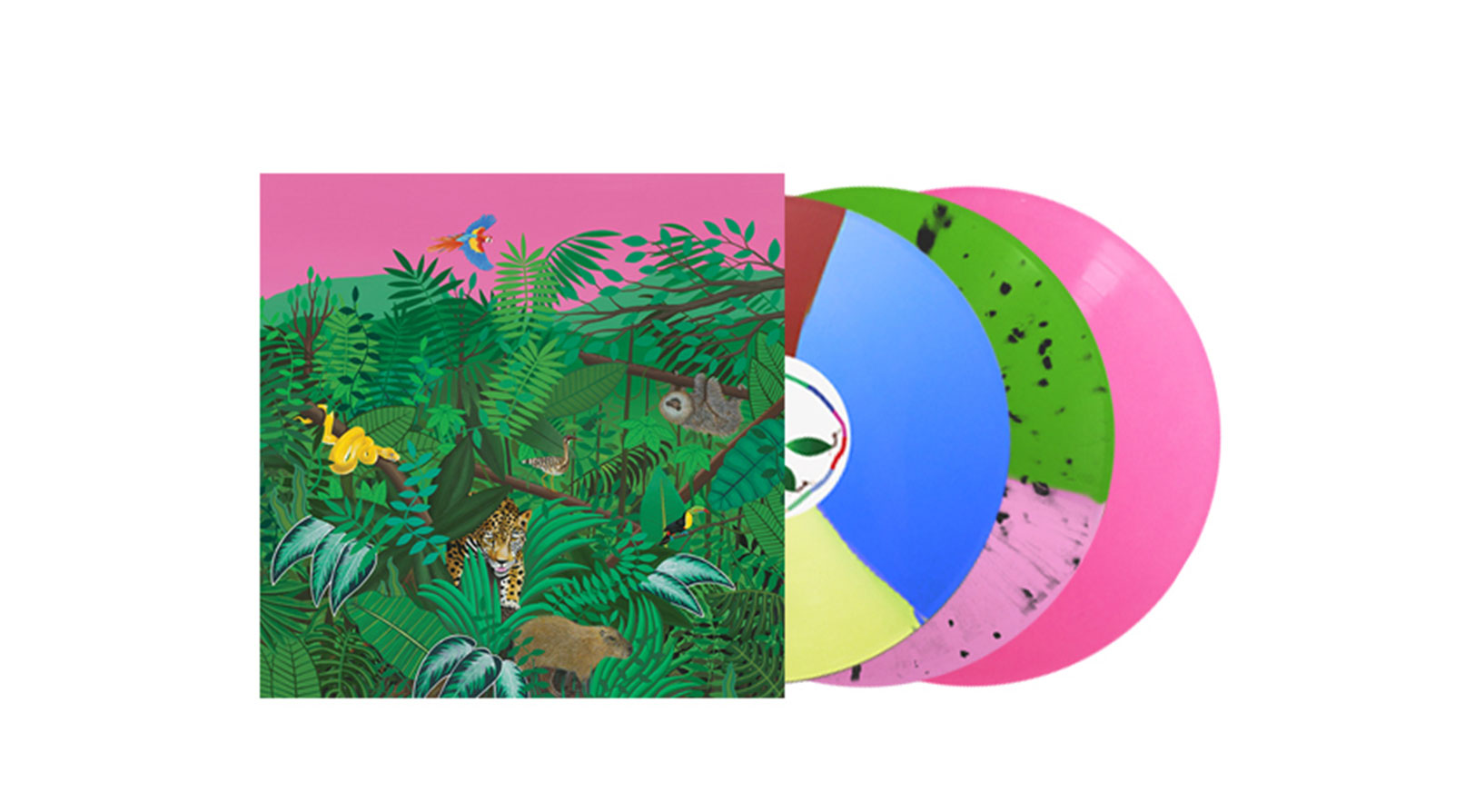 One of my greatest loves is finding new music but when this music is old, it manages to find the strange paradigm that it strangely annoys me too.

This might seem weird but I’ll explain, along with some context.

I’ve recently discovered a few bands that have struck an instant chord with me.

I like a wide range of music but at my core, the heartfelt melodies of emo or similar genres of rock music still grab my attention more than others.

END_OF_DOCUMENT_TOKEN_TO_BE_REPLACED 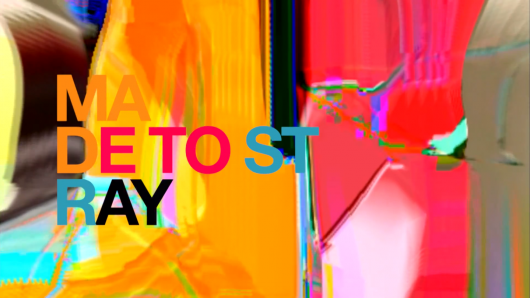 Mount Kimbie release their new album on 27th May so in preparation for that, they are whetting our appetities with a new single called Made to Stray.

I’ve only recently discovered Mount Kimbie after analysing The XXs Night + Day lineups in an effort to find new and exciting music to listen to.

Having downloaded Crooks and Lovers and giving it a few spins, it definitely rewards repeat listens and pretty much epitomises the music I am getting into at the moment.

END_OF_DOCUMENT_TOKEN_TO_BE_REPLACED 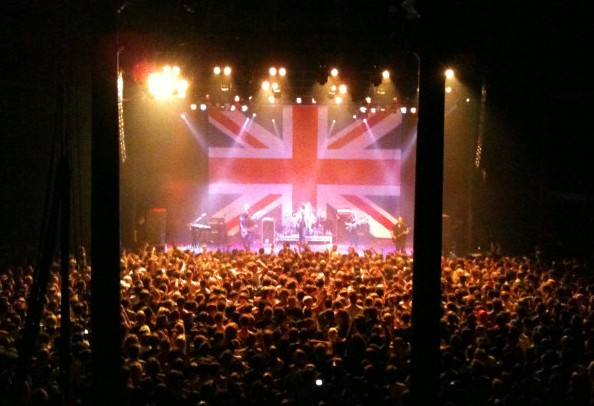 It’s been over 10 years in the making but the original line up who blessed us with ‘Tell All Your Friends’ graced the London stage at The Roundhouse in Camden. The equilibrium of the band had been restored with Adam Lazzara and John Nolan reunited and supported by the ever present Eddie Reyes and Mark O’Connell with Shaun Cooper on bass.

The new album is out at the end of June and we got to hear a few tracks tonight, notably, ‘Faith’, ‘El Paso’ and ‘Best Place To Be A Mom’ but it was the original songs that grabbed the headlines. ‘Cute Without The E’ and ‘So Last Summer’ seemed as fresh today as they have ever been and won the crowd over with ease.
END_OF_DOCUMENT_TOKEN_TO_BE_REPLACED 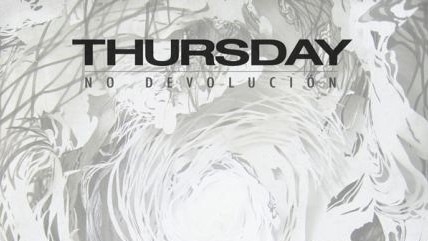 Thursday have returned with their first album since 2009’s Common Existence but a lot can happen in 2 years. Album sales haven’t graced these ’emo’ bands in recent years and fellow bands like ‘Fall Out Boy’ and ‘Jimmy Eat World’ are no longer the commercial forces that they once were.

They remain in our hearts, in our ears and in our heads due to dedicated fan bases, constant hectic touring schedules and musical experimentation.

Bands like this have to move with the times and Thursday have never struggled to experiment with different sounds to set them apart from the crowded circuit.

Their experimentation was initially apparent on 2006’s ‘A City By The Light Divided’ with synth heavy tracks like “Running From The Rain’ and instrumental tracks like “Arc-Lamps, Signal Flares, a Shower of White (The Light)”.

END_OF_DOCUMENT_TOKEN_TO_BE_REPLACED 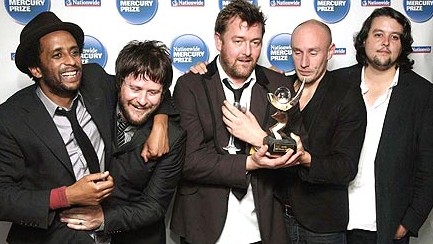 Elbow landed in London for the latest leg of their tour and gave the crowd something to remember.

It would always be touch and go, riding on the wave of their Mercury win, but since then, there have been other Mercury winners and music has evolved.

Their latest record ‘Build A Rocket Boys’ had only been out a couple of weeks so would the working class boys from Manchester win over a largely middle class crowd in London?

It was clear as soon as ‘With Love’ was emblazoned on the audience that the new album would fit in seamlessly with the rest of their back catalogue. END_OF_DOCUMENT_TOKEN_TO_BE_REPLACED 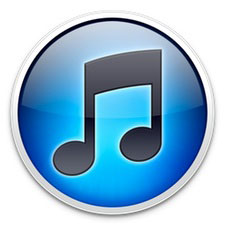 As soon as Apple made their string of announcements on 1st September 2010, I was straight onto iTunes trying to download the update. After a few hours of re-downloading iTunes 9, I managed to get the 10.0 update.I quickly set up my account and I was away.

Sometimes though, jumping the gun can have it’s pitfalls. There was no one there.What is this? Google Wave?Ah, Rick Rubin, I see you are on Ping, a quick follow and I received some very random musical preferences on my profile stream. Great, who else should I follow? Hmm… that looks good, recommendations based on your musical tastes and people you follow. Great! Who’s on there? END_OF_DOCUMENT_TOKEN_TO_BE_REPLACED

I may be a bit late to the fold but I downloaded mflow this week, my initial reaction was that this was the game changer that we’ve all been waiting for.I’d heard some buzz about it on the grapevine – mainly via Twitter but I had to check it out for myself. The concept is vastly different from it’s competitors, you ‘flow’ music to your friends and music is ‘flowed’ to you by people that you follow. It already has big name endorsement by DJs including Zane Lowe and record companies are also eager to flow their latest pet project.

This, I thought, would be my way back into a music scene that I had missed. I have spent the last few years listening to the same old music but I’m determined to keep fresh and not resort to telling younger kids that ‘music was better in my day’. Mflow could be my way back in! The interesting bit is that you earn money if a track that you flowed is purchased, this little additional incentive to spend hours and hours online may prove priceless in the long run. Having said that, the music is a little bit more expensive here, so what’s to stop people searching for the track on iTunes and getting it for cheaper? END_OF_DOCUMENT_TOKEN_TO_BE_REPLACED

And so, Daisy was released without a fuss, without a marketing strategy and with fightoffyourdemons still ‘under construction’. Being their 4th album, and their second major label release, there was no major announcements unless you were on the inside. But it’s all the better for it, those who are on the inside feel blessed to live in a time of such a special band.The band in question are Brand New.Daisy was released 2 weeks ago and slipped quietly into the billboard top 10. They’ve played Glastonbury this year in addition to the main stage at Reading so they had 2 routes to choose from. The first route would follow Kings Of Leon, after some critically acclaimed albums, make a stadium pop/rock record and go interstellar whilst possibly alienating their core fan base. Luckily, they’ve retained their integrity and taken the second option.Brand New’s sound has been honed and Daisy can stand alone amongst their other masterpieces. Upon the first listen, I wasn’t sure what was going on. The album starts with a post-war era choral interlude before exploding into their heaviest song yet-Vices. The track only has 2 minutes left to run but leaves you with baited breath. ‘At The Bottom’ is the obvious choice as a single but you only realise this because you’ve heard it before. Therein lies the beauty of Daisy. It is a ‘grower’. First time listeners will be turned off by it’s inaccessibility but Brand New veterans will return again and again to lap up the textures being painted by Lacey, Accardi et al. This should keep everyone happy, hardcore fans don’t lose THEIR band to the masses, first time listeners will be instantly turned off (unless they put the effort in and actually listen to the record), Brand New make enough sales to justify making album no 5, and the world carries on turning as normal.After a few listens the whole album makes so much sense. Accardi has been responsible for most of the songwriting and there is a noticeable shift in the narrative but their sound remains consistent. They fuse the quiet/loud/quiet formula with such precision and timing that they are making certain influences (pixies, nirvana) proud. The sprint from tracks 1-4 slows for ‘You Stole’ but even this ends in a crescendo of guitars. Hints of bluegrass and other forgotten genres remind us that these guys are actually musicians instead of mere rock stars. ‘Bought A Bride’ sounds like Nirvana on steroids; and yes, that is a massive statement!The title track brings in extra production that hasn’t been heard on a Brand New record before and shows their progression in the studio as well as songwriters.They also break the tradition of including an acoustic finale with the inclusion of the 6 minute+ ‘Noro’. A fitting finale and a final note for the time being. The only gripe is that after 3 years, we’ve only been blessed with a 40 minute album. Let’s hope some of their studio sessions get leaked because we don’t know if and when the next album will be!

Having been a Coldplay fan since the first album dropped (my favourite song is still Shiver), I find it unexplainable that I haven’t graced a concert in their career to date! That was until the last date of their Viva la Vida tour at Wembley Stadium. White Lies opened the proceedings with a tight set, they absolutely nailed their sound and must have been dissappointed with so many latecomers more interested in finding their seats, than listening to the incendiary grooves of ‘Death’.They played on because they knew that the only people that mattered were the ones standing infront of them and put on a good show.Girls Aloud on the other hand looked tired, unmotivated and on the verge of splitting up. The set started great with ‘Sound of the Underground’ but they should have kept with the upbeat songs and let the music disguise their shaky vocals and lacklustre attempts of dancing. They looked like they hadn’t rehearsed in ages and it showed when some of them missed their cues. It was left to Sarah Harding to rally the crowd, but the whispers from her ‘band’ mates let them all down. Do we really want a cover of ‘I’ll Stand By You’? This is a rock gig after all!But it made Jay Z all the better! Starting off with a ‘Death of Auto-tune’ the crowd were singing from the start and they probably didn’t even know the words! He knew exactly what he was doing! Yes, this was a rock concert, so he played his rock songs! We were treated to the likes of ’99 Problems’ and ‘Numb/Encore’. It was pure hip hop at it’s best and it would prove difficult for Coldplay to beat!5 minutes before Coldplay were due to take to the stage, the heavens opened but as soon as ‘Life in Technicolour’s’ guitars were chiming out from the PA, everyone forgot about getting drenched and immersed themselves in arguably the best pop music of our generation.There were a few surprises along the way, ‘Yellow’ and ‘Fix You’ were played relatively early but then this is the Viva La Vida tour, not the X and Y tour! The newer songs stood up against the classics and proved that this was possibly their best album to date! As ‘Lovers In Japan’ echoed around the stadium, it rained again, but this time it was multicoloured butterflies! An encore of ‘The Scientist’ and ‘Life In Technicolour 2’ and everyone knew we were heading for the curfew but it took a few minutes with the lights on for the crowd to vacate.Perhaps they were still in shock!

Unfortunately, my avid visits to the cinema have been cut short of late. In Ipswich, the local cinema has an unlimited membership for little over £10 a month, which is a steal considering a single visit is £7.50. Needless to say, with an imminent relocation to the Big Smoke hanging in the balance, I’m not in the circumstance of watching every film that comes out. It makes the decision of what to see far more testing and as I gaze at the schedule on the tv screens above the ticket desk, the student chewing gum behind the counter becomes increasingly impatient. It was either to be ‘Funny People’, ‘Inglourious Basterds’ or ‘500 Days of Summer’. END_OF_DOCUMENT_TOKEN_TO_BE_REPLACED